Since the Ethereum blockchain entered the scene, many have seen it as an opportunity for the crypto to take off into the stratosphere. Admittedly, one could not expect anything less from what is known to become the world’s first “supercomputer”, granting developers numerous possibilities of building virtually anything on top of this network.

Subsequently, Ethereum came to enjoy its place under the sun, unlocking the power of DeFi (decentralized finances) and NFTs (non-fungible tokens) to almost ad infinitum. Apart from stoic Bitcoin Maximalists, the community was on board with Ethereum to become the new messiah that could illuminate the way for the emerging crypto industry by preaching enlightenment through its loyal evangelists.

However, the competition was not dormant, plotting to front-run Ethereum’s dominant position as the leading blockchain in DeFi and NFTs. A rival blockchain, Solana, was lurking in the darkness, planning a meticulous counteroffensive to strike its formidable foe with the full accumulative power it had gathered since it was first envisioned in 2017.

Fast-forward to the present moment, and two of the largest blockchains for DeFi and NFTs are Ethereum and Solana, both striving to capture potential markets by allowing users to create arguably the most sophisticated projects on top of their networks.

Although both networks have comprehensive ecosystems and individual traits powered by USP (unique sales proposition) that make them equally appealing, the question remains. On crypto Twitter, Solana has been deemed the “Ethereum killer”. But is that a really sound point? Is Solana genuinely better than Ethereum?

This article will compare two blockchains, the underlying technology, the core features of each network, and the expanding DApp ecosystem and NFTs. To accompany our readers on this exciting journey, I will refer to the case study of the Big Eyes Coin project, which despite being the kid in the crypto block, has smashed its fifths presale stage, amassing no less than $8.3 million! 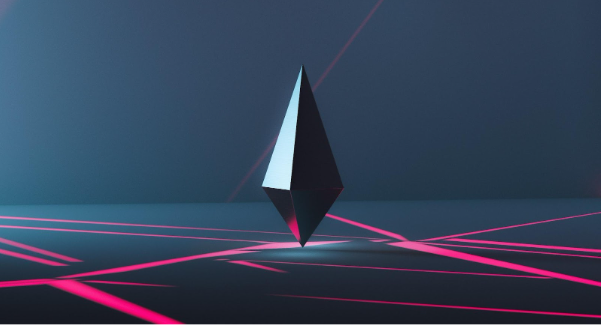 What Is Ethereum Blockchain?

Despite Bitcoin paving the way for the crypto industry to take off, Ethereum is widely known to be the first public blockchain to create an additional layer by implementing Smart Contract functionality. This new feature enabled developers to perform more transparent transactions and lower commission fees. It also eliminated the need for third-party interference, but above all, it allowed for DeFi to flourish on a large scale.

It became possible in the first place because Ethereum’s value proposition produced an open economy by providing its own cryptocurrency (ETH) and platform for developing decentralized applications. As such, there’s no limit to what individuals can use the Ethereum platform to do, which drives innovation and attracts developers on a global scale.

What Is Solana Blockchain?

Solana was brought into the world of DeFi as a contender to challenge Ethereum thanks to its advanced technology and high scalability. By addressing the shortcomings of its counterpart, such as low transaction speed, high fees, and scalability issues through a new Proof of History (PoH) consensus algorithm, Solana was able to shatter Ethereum’s status quo.

The most intriguing feature of the platform is, without a doubt, hidden in its efficiency. Indeed, Solana is known to be one of the fastest blockchain platforms available on the market, focusing on scalability and user-friendly applications. And while most of the NFTs are still dominated by the Ethereum blockchain, the world of DeFi has embraced Solana to a considerable extent.

Without diving into the technical aspects, as both blockchains involve a different process of data sharing, programming languages and consensus mechanisms, one thing makes them radically different at their core. Of course, I refer to the decentralization aspect that draws a line between the two networks for some crypto enthusiasts and developers.

What’s Up With Decentralization? 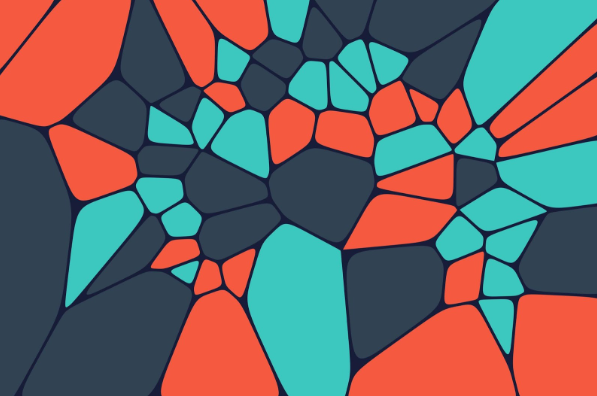 On a theoretical level, decentralization stands at the foundation of blockchain technology, and, coincidently, represents the main difference between Solana and Ethereum. If we were to describe what decentralization aims to accomplish, it would be to eliminate systems in which an individual or group could achieve significant control over them. And if done correctly, it helps to prevent power abuse and improve resilience to external hostile forces.

This arguably makes Ethereum one of the safest blockchains out there, as its network never gets congested to the point of being down because it is significantly more decentralized than other chains.

Since its inception, Ethereum has never been down. With Solana, however, we witness a different picture. Since Solana is a highly centralized network, with only 30 validators needed to (re)start the chain, it has already experienced several downtimes.

And while, admittedly, its low transaction costs and insane speed, thanks to the network architecture, to a certain extent mitigate the threat of another shutdown or external attacks, this particular issue remains one of the central puzzles for Solana to resolve. 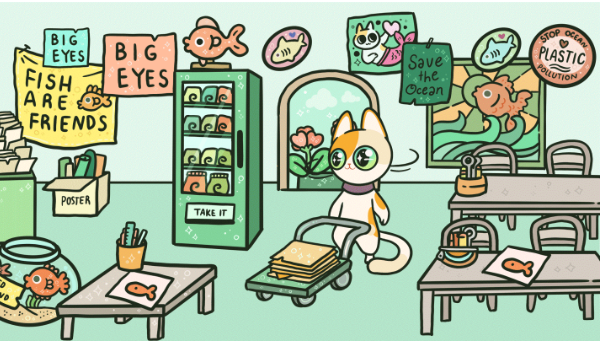 Even though Big Eyes Coin has only recently emerged as the contender to become the leading crypto meme token, it has already enjoyed the support of a broad audience stretching far beyond the crypto flock. Essentially, the project strives to simultaneously have a use case within the industry for both DeFi and NFT applications while locking its users on its platform to appreciate the offered services. Despite the current market downtrend, DeFi and NFTs will likely return to their initial positions soon, so minting Big Eyes Coin JPEGs and staking BIG, the project’s native token, could be a highly lucrative opportunity.

Here we arrive at the most exciting part of the article, as we will use the case study of Big Eyes Coin to settle once and for all which blockchain reigns supreme. Although Solana is a faster network with lower transaction fees, Big Eyes Coin decided to build its project on top of the Ethereum blockchain. Of course, here we enter the speculative territory, but one could argue that if the market exposure the project is trying to achieve, then Ethereum undouble looks like a more winning hand. Indeed, on the Ethereum ecosystem, there are roughly more than 2700 DApps with 60 thousand daily users, while Solana is only counting a bit more than 200 projects.

Although being a valid point, what about ridiculously high fees and network speed problems inherent to the Ethereum blockchain pretty much since its inception? This is where Big Eyes Coin’s creativity comes into play, as it introduced a special tax on its NFT sales to ensure that DeFi services (which usually require a lot of additional costs) remain free.

This means that on each subsequent sale of NFT, there will be a tax imposed, where 4% goes to the original seller, while 5% is distributed between the holders of the platform’s native token, BIG. As a result of this decision, Big Eyes Coin simultaneously provides liquidity to its native token while also covering expenses on DeFi services, thus making them accessible and completely hustle-free.

However, this is not the only ace up this project’s sleeve. The community side of Big Eyes Coin could arguably be named its most vital feature. For starters, this project gathered more than $8.3 million in presale, which means that it hooked many enthusiasts even before releasing the product. On top of that, unofficial humor, which has been recently circulating on Twitter about the upcoming merch drop, made the community go wild, one more time signifying that the project has a lot under its hood to uncover.

What To Make Of It

While Solana utterly destroys Ethereum on every performance metric, its high performance also causes stability issues that result in the network crashing under severe stress because of its centralized nature. Moreover, Ethereum considerably dominates both the NFT and the DeFi markets at the time of writing, making this blockchain an undisputed champion for reaching audiences as much as possible.

Although both blockchains admittedly have their own strengths and weaknesses, judging from a practical perspective, Ethereum looks like a more appealing option for now. Nonetheless, we also have to consider that Solana is still officially in its beta testing phase and does not claim to be safe for mass adoption or a finished product just yet. So potentially, Solana could overcome Ethereum when it is fully developed and works consistently without being compromised by network outages. I guess I will leave you with that.

In the meantime, if you have found that Big Eyes Coin resonates with you, here is a promo code BEYES901 for a free token giveaway that you could participate in. Thank you for reading, and I shall see you among the vast blockchain networks next time we meet to discuss a lingering question related to the crypto industry.