Can Polygon [MATIC] pull multitudes after this NFT marketplace…


OpenSea, the NFT marketplace with the highest number of users, has had the Polygon [MATIC] network on its platform for a while.

However, the use of the cryptocurrency was extremely limited compared to Ethereum [ETH], which many of its users preferred.

Now, it seems that OpenSea has attributed some priority to MATIC. This can be stated as the NFT marketplace announced that MATIC would be an integral part of its new Web3 marketplace protocol known as Seaport.

Starting today, we will begin using Seaport for all new listings and offers on Polygon! We’re excited to start using Seaport across multiple blockchains to improve the experience for everyone on OpenSea.

Here’s what you can expect with this move to Seaport ↯

According to the details, MATIC would function beyond transaction use alone. While confirming the partnership with OpenSea, Polygon revealed that the update would mean the network was completely out of the 0x protocol it worked with previously.

Additionally, its existence on Seaport would mean the minimum price of any NFT listed using MATIC was now $1 instead of the previous $5 limit.

With the update, OpenSea MATIC transactions would then open doors to multiple creator fees, bundle listing, and sales, including cheaper gas fees.

A look at the Polygon NFT data on OpenSea showed that the activities had obviously declined. According to DappRadar, sales volume via Polygon for the last seven days capped at $1.13 million. This was a 26.81% decline with 7,630 traders involved with an average sale of $73.91.

Based on the data available, the current Polygon state showed one of the lowest it has ever been. But with MATIC’s involvement, is there any hope to attract a crowd?

It may seem that the OpenSea update may have yielded some positive results for MATIC. This presumption is because Santiment showed that there has been increased participation in MATIC’s network activity.

Before you conclude that the Seaport integration is a step in the right direction, let’s assess the MATIC momentum. While the price was almost a negligible increase to $0.83, the On-Balance-Volume (OBV) looked to have aligned with the active address pump. 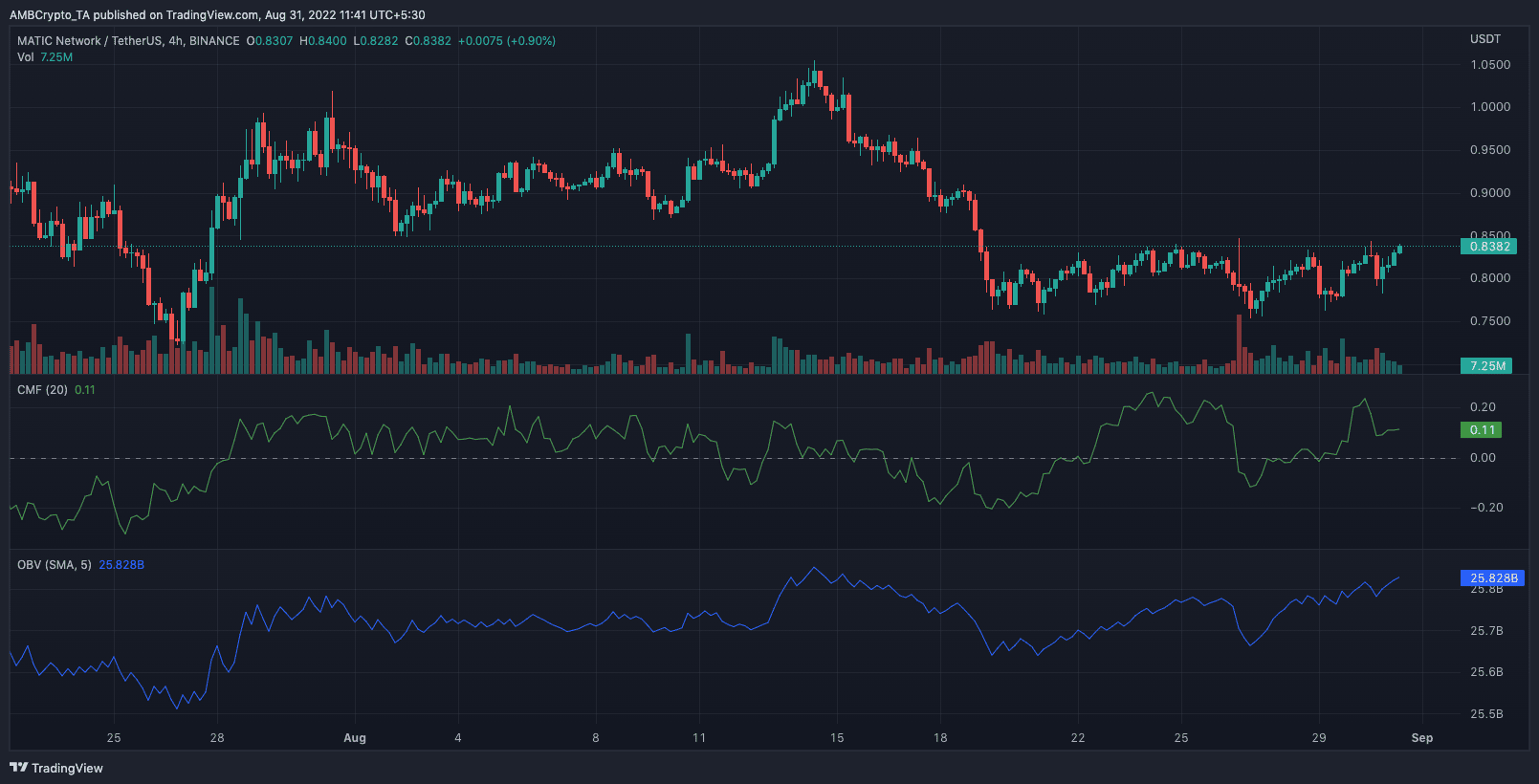 Spain’s largest telecom company, Telefónica, has joined other companies around the world in accepting crypto payments. Customers will now be able to use...

How does the price of NFTs increase?