In the rapidly expanding world of NFT gaming, new projects are racing to redefine what can be done both within the games themselves and in the broader economic ecosystem in which these games exist. One new project, Tachyon Domination, has moved the arena to space, inviting users to compete with each other for galactic supremacy while offering numerous opportunities to earn on their efforts.

Tachyon Domination has taken a somewhat unusual approach to blockchain gaming. Rather than requiring players to purchase access to the game via NFTs or tokens, the game is free-to-play. Players are transported some 300 years into the future when scientists have discovered a new, remarkably powerful metal that allows people to travel faster than light speed.

The game is an RPG where players choose their character type and what kind of weapons they will use and then compete for rewards issued in the game’s native $TADT governance token. We were able to talk with the game’s CEO, Mustafa Syed, to get an inside look on what makes Tachyon Domination unique and what players have to look forward to.

Where did the idea come from for Tachydon Domination?

Our vision is to build a community-driven, free-to-play, play-to-earn, role-playing game with no entry barriers enabling mass adoption.

Many projects in the NFT gaming market wanted to make quick money. We simply wanted to make a game, without empty promises or false advertising. We wanted this to be something that people would truly love, appreciate, and enjoy playing.

What sci-fi or fantasy influences does the game have?

We were influenced by a number of things while developing the game. Some are crypto games, while others are mobile games. Naturally, when creating your own game, you want to see how the pioneers of crypto gaming did it. Axie Infinity and Gala game were some of our role models. Their mission was to provide property rights to all internet users, beginning with gamers, and to bring people together to play, work, and form lifelong connections.

Why did you choose to make the game free-to-play?

We want people to explore the world in their own unique ways and encourage creativity and the use of their imaginations. Tachyon Domination will always be free to play, allowing players to earn tradable currencies without making any financial investments. Their time and talent will be their only investments. Those who want to attend our events and receive premium benefits can buy our NFTs during public sales or on secondary markets. There will be premium features and benefits for NFT holders. However, all game features are available to players who do not purchase our NFTs.

What will holders of the $TADT governance token be able to do? Will the game feature a DAO?

$TADT token holders will be able to claim rewards by playing the game and participating in governance votes. It is also worth noting that players will be able to earn $TADT simply by playing the game. Players earn points for completing various tasks and activities in the game, but NFT holders receive bonus points. And, in terms of the project’s future, yes, token holders will benefit and have the power to make decisions, much like a DAO. 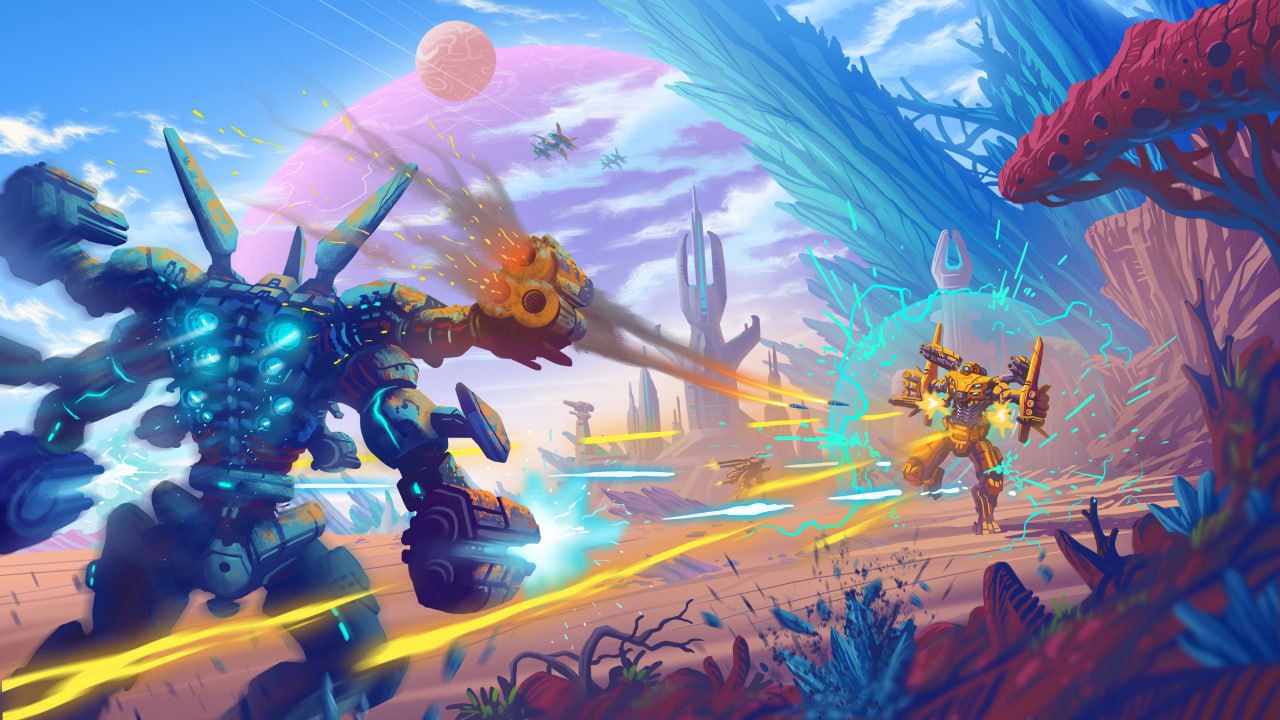 What role will NFTs have in the game and the game’s economic ecosystem?

NFTs will have a huge role in the game and its economic ecosystem. This is because NFTs are unique digital assets that can be traded, bought and sold on the blockchain. They can represent in-game items, such as weapons, armor or clothing.

What are some of the key events on your roadmap for the upcoming year?

For the next 12 months, we are going to have multiple sales and airdrops of NFTs and tokens, which will take place over the course of five seasons. As well as game upgrades and more releases of Mechs.

What do you think makes Tachyon Domination unique among NFT games?

Tachyon Domination has a lot of features that make it unique.

First, we’ve got a great team of developers and artists who are working together to make something that’s fun, exciting, and interactive. We want players to feel like they’re right there in our world, interacting with their friends and exploring the world around them.

Second, we’re totally free-to-play (F2P). You can play Tachyon Domination without spending any money at all—just by logging in and having fun! And if you want even more from the game? We’ll have premium features available for purchase with NFT tokens or fiat currency (USD). But even if you don’t spend any money, you’ll still be able to explore our world, collect resources from monsters and creatures, and level up your character’s abilities by completing quests… all of that stuff is totally free!

Why did you choose to have a playable version of the game ready to go by the time of your first NFT sale?

Over the last few years, there have been numerous projects that promised various gamification aspects and even games themselves. As anyone remotely involved in the web3 space is aware, not a single project has delivered on those promises, and not a single playable game has been created. People raised a lot of capital for demos that were completely unimpressive. We at Tachyon are completely unique, with our main working policy and ethic being “deliver first, charge later.”

Outside of its blockchain and P2E appeal, does Tachyon Domination offer gamers a captivating gaming experience?

Our team is very knowledgeable about blockchain, and we are drawn to innovation, which p2e gaming certainly is, but that does not mean that we focus solely on that aspect. Our team consists of several highly experienced traditional gaming developers and designers whose mission is to provide the most thrilling and realistic gaming experience possible. We want to be competitive in the entire gaming scene, not just the blockchain/web3 one.

Disclaimer. Cointelegraph does not endorse any content or product on this page. While we aim at providing you with all important information that we could obtain, readers should do their own research before taking any actions related to the company and carry full responsibility for their decisions, nor can this article be considered as investment advice.

The exciting World Cup has finally started. This year’s event happens to be the 22nd World Cup in 2022, and it is also...

Ethereum, Flow, and Dogeliens: Three profitable non-fungible Tokens to watch out for