Kishita Inu, a Perfect Cryptocurrency to Revolutionize the Sports Industry


The sports industry is one of the most promising ones, with there being a lot of untapped potential. But, ever since the advent of Covid 19, the industry has taken a major hit, with top football clubs reporting losses of billions of dollars. Imagine what it would have done to players in developing or troubled countries across the globe. It prompted the developers of Kishita Inu to come up with a cryptocurrency that aims to alleviate the problems of football clubs worldwide through both empowerment and financial support.

The eco-friendly cryptocurrency, $KST, is one of the first in the segment. And this gives it a fair edge over others that might be released in the coming days. Developed on the Binance Smart Chain (BSC), $KST is backed by a market-oriented tokenomics drafted by a team well-versed with the blockchain industry. Also, it employs several critical protocols to ensure the long-term sustainability and viability of the token and the platform.

The total supply of $KST is capped at 100,000,000,000,000, and these would be available at extremely low prices to make them easily accessible to a large population in troubled countries. Since the very aim of Kishita Inu is to promote football and help it prosper in developing or under-developed countries, keeping the prices low is critical. But do not be mistaken, based on initial assessment and estimates, the token’s price will soon shoot through the roof. So, acquire as many as you can while the prices are at their lowest ever level!

The tokenomics backing the $KST token paints a clear picture of its viability and success. Of the total transaction fee, 3% is to be given for charity to various clubs worldwide, 73% is to be set aside for liquidity, 10% each for the marketing and development of the ecosystem, 3% to be distributed as rewards amongst the token holders, and 1% of every transaction is burned right away. 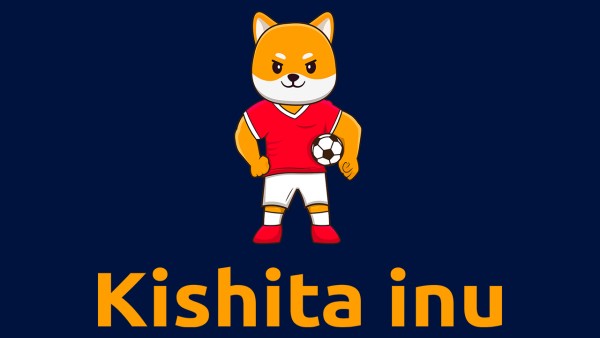 The burning protocol employed by Kishita Inu will ensure an increase the in value of its native token. What exactly happens here is that 1% of the transaction fees is burned, thus reducing the total number of tokens in circulation. It automatically leads to a rise in the value of the remaining tokens. Now consider it happening for thousands of transactions each day, and for an extended period. When the total number of tokens comes down by a noticeable amount, your investments would go up substantially.

So, if you have been looking for a cryptocurrency with the right potential and want to contribute to society, Kishita Inu would be a perfect choice. Though it’s still relatively in the early stages, the astounding response received to date proves that the token is bound to capture the market. Also, the Kishita Inu will soon release its first NFT, and the $KST token will get listed on PancakeSwap and Coin Market Cap.

To find out more about Kishita Inu, visit the official website: https://www.kishitainu.com/

The First City Built on Blockchain, Its pre-sale is already open and its launch will take place on October 8th.

While bitcoin is going through a moment of sharp devaluation, thousands of investors are rushing to buy the cryptocurrency that could grow over...