Polygon overtakes Solana in terms of marketcap, but here’s an issue


According to a 29 December tweet by economist Alex Kruger, recent developments boosted Solana [SOL], doubling its marketcap to twice that of Polygon [MATIC]. One reason for the growing interest in Polygon could be its emerging NFT market.

Over the last week, major NFT collections, such as y00ts from the Solana network, migrated to other cryptocurrencies. Along with that, other events such as Donald Trump launching his NFT collection on Polygon and social media giants such as Reddit and Instagram collaborating with Polygon impacted the NFT market positively.

According to data provided by Dune Analytics, the weekly volume for Polygon’s NFT marketplaces increased.

Even though Polygon generated interest in its NFTs, the same interest wasn’t reflected in MATIC’s prices. The price of the token declined after 14 December. The price stayed in the $0.81 and $0.77 range for a week and declined further by 8.19%.

MATIC was testing the $0.745 support at press time. Its RSI was in the oversold region, suggesting that there could be a possibility of a price reversal. However, the CMF at -0.17 indicated that the money flow was not in MATIC’s favor.

Despite Polygon’s declining price, stakers on the network continued to show their faith in the cryptocurrency.

What’s at stake for Polygon? 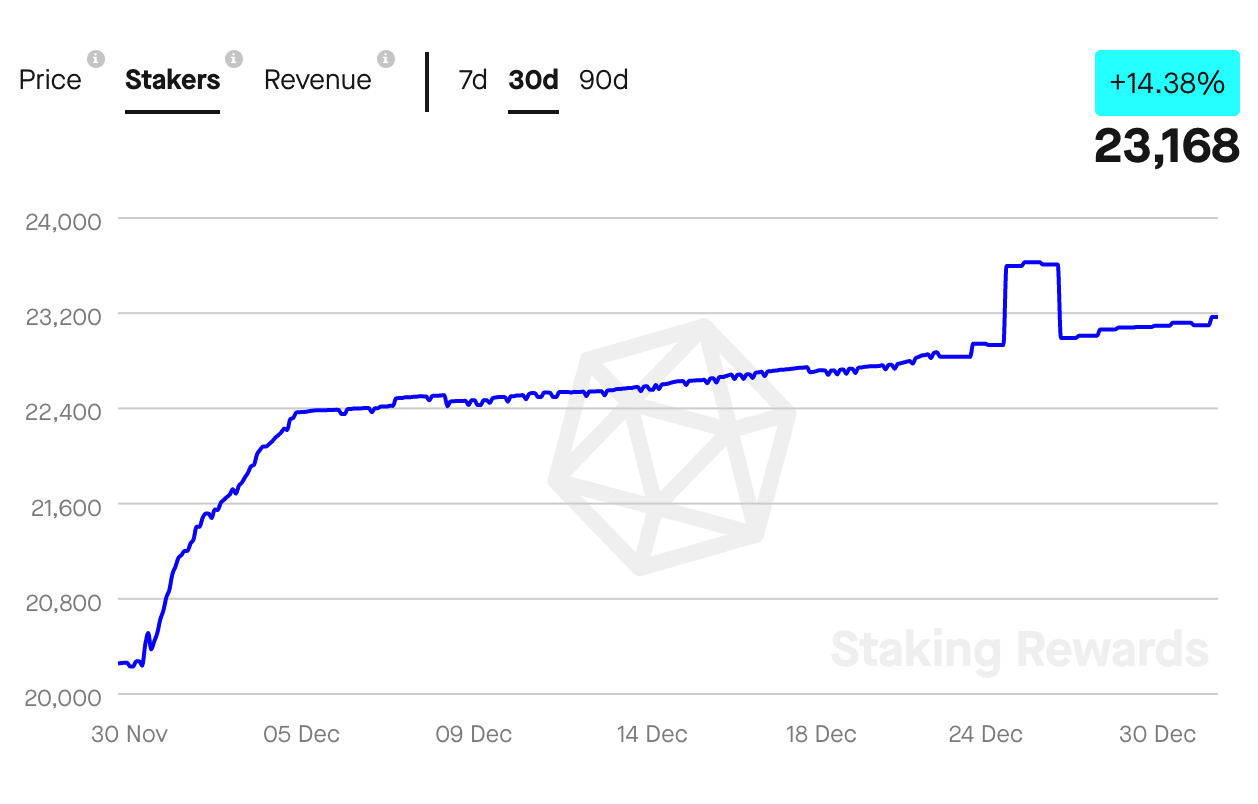 Although the number of stakers continued to increase on the Polygon network, the on-chain metrics showed that the overall activity on the network had declined.

A 45.08x hike on the cards if MATIC hits Bitcoin’s market cap?

Interest from new addresses decreased as well, as evidenced by the sinking network growth observed on the Polygon network. This suggested that the frequency with which new addresses were transferring MATIC took a hit.